And one of the ways we propose to do that better and better... is by getting together for our neighborhood coffee on the first Saturday of the month. So join us...

We're increasingly getting to know one another, and 'catch up on the latest' here in the general Clay Terrace area of Carmel. We not only have a good time together, but typically someone brings something spiritually inspirational to discuss with the group as well.

And we're interested in what the needs are in our community so we can be praying... and helping if possible. So let us know if you have needs here, or you know of someone who does.

Everyone is welcome. Come & go as practical for you.

Posted by IndyChristian at 5:47 AM No comments:

Question: Who can impact our neighborhood the most?

Surely each of us is more likely to positively impact our own neighborhood... than Washington can. Or for that matter, even the Indiana Statehouse. Or the courthouse in Noblesville.

Bottom line... doesn't it all come down to local, very local, and my-neighborhood-local?

Y'know, it reminds me that Jesus really MIGHT have meant... 'neighbor-neighbor'.

Just a thought.
Posted by IndyChristian at 7:08 AM No comments:

Hurricane Ike quickly makes its way north, and right through the middle of Indy... 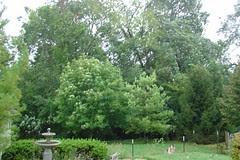 Notice as we zoom in on the lower portion of the pic... 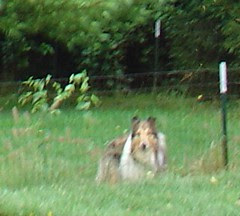 Scout the collie... acts as if the wind doesn't affect him at all. 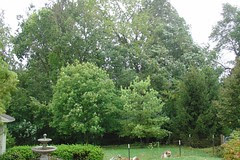 Is he a cool dog, or what? Gotta love him!
Posted by IndyChristian at 1:24 PM No comments:

Stacy Williams owns a three-bedroom house with a full basement and central air-conditioning in a quiet neighborhood on the upper west side of Youngstown, Ohio.

Williams, now 33, was earning $8.05 an hour as a manager at McDonald's when she moved into the house with her husband, a laborer at a construction equipment manufacturer, and son back in 2004. The couple's combined annual salary was $33,000. But the purchase didn't require much of a financial stretch: The house cost $48,000. "If you have the credit score to do it, there's nothing that can stop you from buying a home in Youngstown," said Williams, whose plans for the house include a second bathroom.

• Where the Rents Are Higher—and Lower—This Year

• The Best- and Worst-Performing ZIP Codes

A fallout from the real estate slump is that once again many homeowners are forced to look for homes that are within their budget. Access to cheap adjustable-rate mortgages gave many Americans the chance to live in homes that under normal circumstances they could have never afforded. People such as the Williamses are lucky that their income matches up well with the average home prices in Youngstown, but if they had lived somewhere more expensive, they might not have been able to buy their own home or would have spent too much, and now could have been facing the prospect of foreclosure.

So what metro areas are most and least affordable?

[continued]
Posted by IndyChristian at 1:26 PM No comments:

Anyone bringing dessert who wants it to be entered in our annual dessert contest MUST have it entered and on the "official table" BEFORE 5:00pm.

Let's reach out to our neighbors and invite someone!
Posted by IndyChristian at 3:40 AM No comments:

Just a reminder for everyone in the general Clay Terrace area...

Everyone welcome. Come share life together with your neighbors. Here's one family that lives on ClayTerrace Mountain. LOL.
Posted by IndyChristian at 10:12 AM No comments: